I few weeks ago I returned to the Golden Wings Center for a sweat lodge ceremony. After glass walking and fire walking there, experiencing a sweat lodge was obviously the next logical step.

According to Angela and Justin, the wonderful owners of Golden Wings: “The sweat lodge is a Native American purification ceremony. The Spirit can pick up some ‘rust’ along the way with the experiences of physical life. This rust is all the beliefs we carry that keep us in fear and judgments. The sweat lodge (Inipi) is symbolic of the womb. By returning to the womb, we leave each lodge with the opportunity to begin life anew. In this sacred experience, we are purified and cleansed. The focus is towards the future: once we let go of that which no longer serves us, we can begin to enjoy the blessings and new beginnings ahead of us.”

The sweat lodge was made of a round wooden frame approximately 10 feet in diameter and was draped with dozens of blankets. In the center of the lodge was a circular pit dug for the hot stones. Outside of the lodge was the alter and ceremonial fire (which was heating the stones). 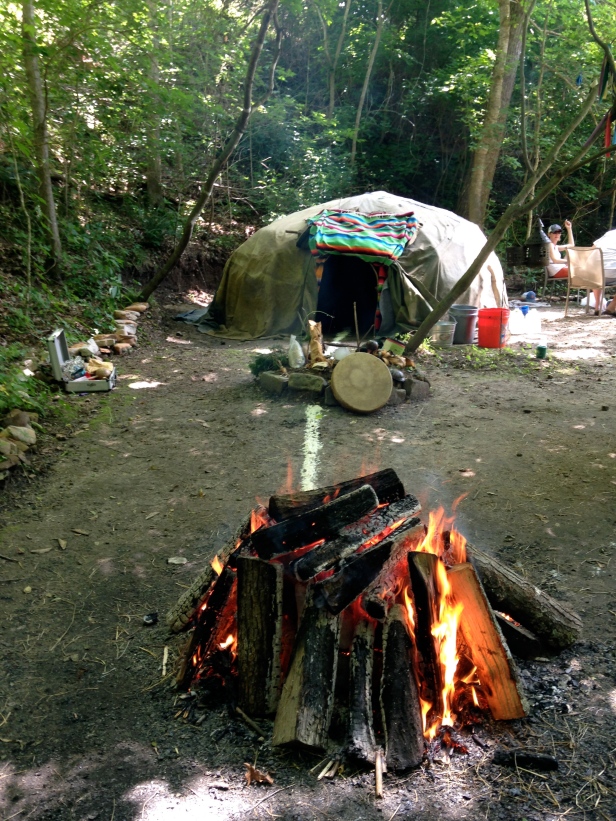 There were about 25 of us in the tiny little lodge; it was very close quarters. We either sat on towels or directly the ground. I elected for a towel, despite being advised that the dirt would be cooler. I’m just not that earthy. The steam ended up making things quite muddy so I think I made the right decision. Once everyone piled in, 7 glowing red hot stones were placed in the pit. A prayer was said and they closed the flap on the front of the lodge so it was pitch black on the inside. I was not expecting this. The darkness made me really uncomfortable. It was disorienting and I felt out of control. 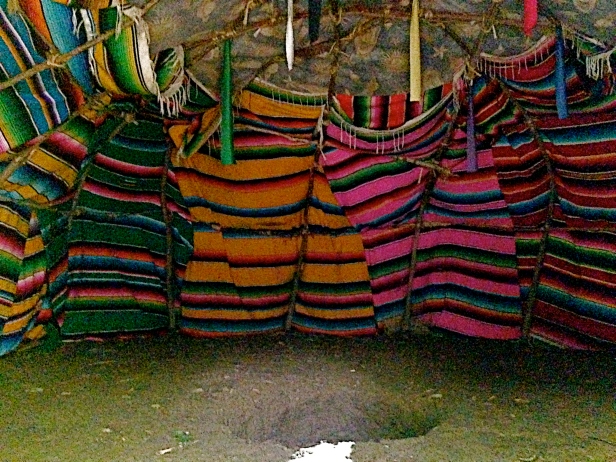 Once the water started being poured over the rocks the heat became oppressive. I was expecting something like a sauna or hot yoga (which I love), but instead it was like being hit by a train and the humidity made breathing difficult. I was shocked at just how quickly sweat began to pour down my face. I spent most of my time sitting there telling myself that it would be over shortly and that my inability to breath was just in my head. I longed for fresh air. Fortunately, we were only in there for a few minutes. We were in there long enough for some prayers and a song and then, happily, the door was opened allowing some of the heat to dissipate. Some people stayed inside during the break. I, however, chose to get out and stretch my legs and enjoy, what felt by comparison, a very cool 90-degree day.

We then piled back in for round two. This time 7 more rocks were added to the pit and the flap was shut again. I didn’t think it could get any hotter in there, but it did. This time when the water was poured and the steam started to rise it felt a bit like I was drowning. No matter whether I took deep or shallow breaths, I felt like I was under water. Finally, when I just couldn’t sit there an longer, I shouted “door!” This was the signal for them to let me out. I wasn’t panicked or afraid to stay in there, I’d just sat in there long enough to realize that it wasn’t for me. 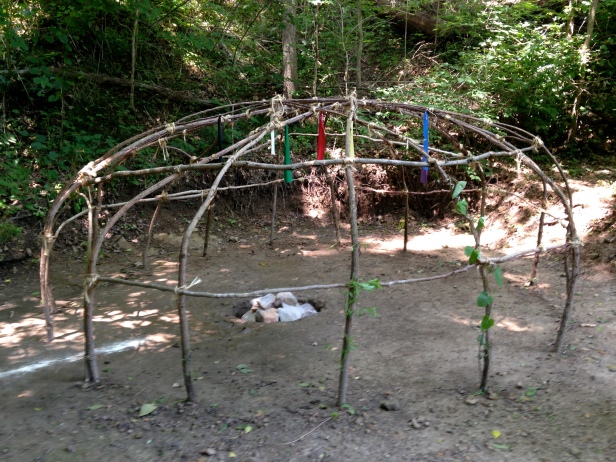 Some people talk about being “called” to do certain activities. Something just speaks to them and says “today you should walk on fire” or “today you should take part in a sweat lodge ceremony.” Well, that day I definitely felt called to go sit in a refreshing cold creek bed rather than sit inside of a pitch black sweat lodge. One of the things I love most about Golden Wings is that it is isolated from outside world and I can spend a few hours technology free. There was something very peaceful about spending a Sunday afternoon with nature. 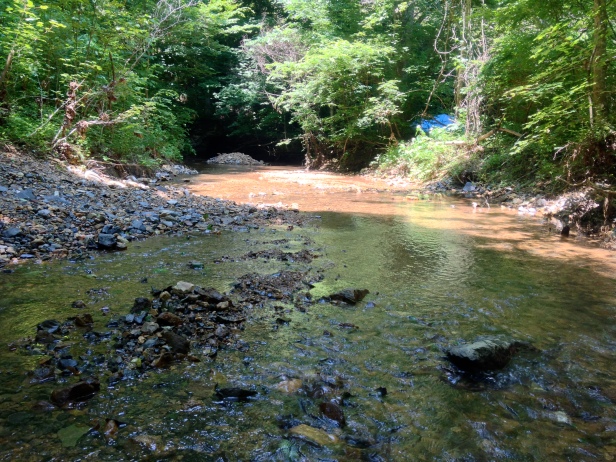 I can definitely say that the sweat lodge is not for me. I’m glad I tried it and got to have the experience, but it wasn’t spiritual for me the way it is for many others. That said, I can’t wait to back and attend more events with my Golden Wings family because it is definitely my favorite place to keep trying new things.