A few weeks ago I fired a shotgun for the first time. I enjoyed it so much that I decided that I wanted to try skeet shooting. So when my friend Daniel (a different Daniel than from Kayaking last week) asked me to come over for a day of archery and shooting with his family, I jumped at the chance.

Archery
First, I tried archery. I started with a 20-pound bow, which I am pretty sure was made for kids to practice on. The draw weight relates to the power of the bow. The higher the weight, the more the compression and the further/faster the arrow will go. I also attempted to use a 50-pound compound bow . . . but I was extremely unsuccessful. I could barely budge the bowstring. 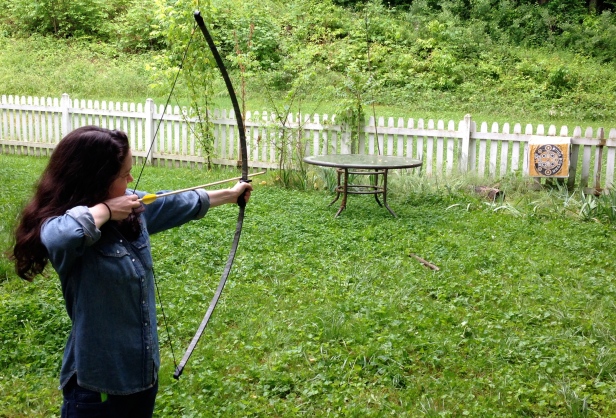 Archery definitely took coordination. Part of that was just holding the arrow still. The back of the arrow, the nock, snaps onto the bowstring to keep it in place. (I’ve always wondered how people kept it from moving.) The front of the arrow is kept in place by the arrow rest, which is a tiny ledge on top of the grip. However, keeping the arrow on the arrow rest was harder than you’d think; the arrow fell off several times before I had a chance to shoot it.

It was also a little difficult to keep the bow from wobbling (as you can see in the video above). Once I started to pull the bowstring back it was hard to control the bow, and the farther I pulled it back the harder it became to keep it straight.

My first few attempts were unsuccessful. I either missed the target, or my arrow struck but bounced off. Luckily, Daniel caught me actually hitting the target!

Skeet Shooting & Target Practice
Next I moved on to skeet shooting. If you have ever wondered what it is like to live in East Tennessee . . . this is it. We hang out on the weekends and shoot stuff. 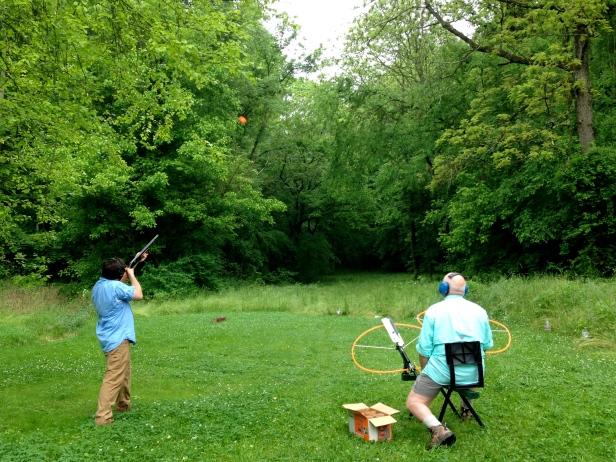 Daniel’s dad, Martin, set up a thrower for us to use. This is Daniel and Martin trying it out. It took a while to sort out exactly which direction it needed to point, and I think a few clays were sacrificed to the trees.

When I wrote 3 months ago about shooting, I got a few comments about not wearing proper eyewear. So, random people of the interwebs, please take note that I am wearing both eye and ear protection. 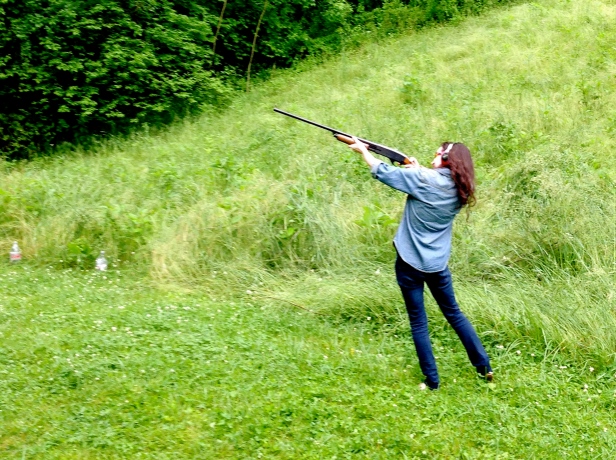 When it was my turn to shoot, I initially tired a 12-gauge. I was asked whether I’d shot one before and if I wanted to try something smaller. I told that that I had shot a 12-gauge and I could handle it. However, I had trouble cocking it on my own, so I was handed a .410 instead. Boo. I fired at 3 clay pigeons before I realized I wasn’t going to hit anything and let someone else have a chance. The picture above is of me shooting and hitting a whole lot of nothing.

Next, we moved on to some target practice. For this I used my friend Kris’s over/under 12-gauge shotgun which I was actually able to cock on my own. This was my first attempt:

I really taught that water bottle a lesson it will not forget. Daniel insisted on taking a picture of me posing with my trophy. Since I am a vegetarian, this is probably the only kill I’ll ever make. 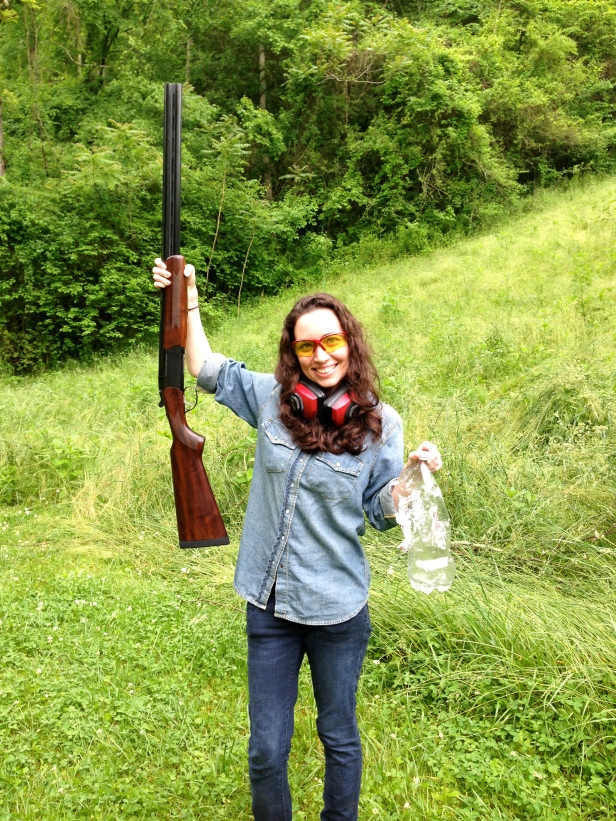 Finally, I used a customized .22 rifle. When I saw the guys using it, my first thought was, “Oh, that looks scary. I want to shoot that.” It barely had any kick to it, especially compared to the 12-gauge. It also had a scope, which apparently makes hitting things a lot easier. I took a while between shots because I was trying to figure out exactly how to use the scope properly. 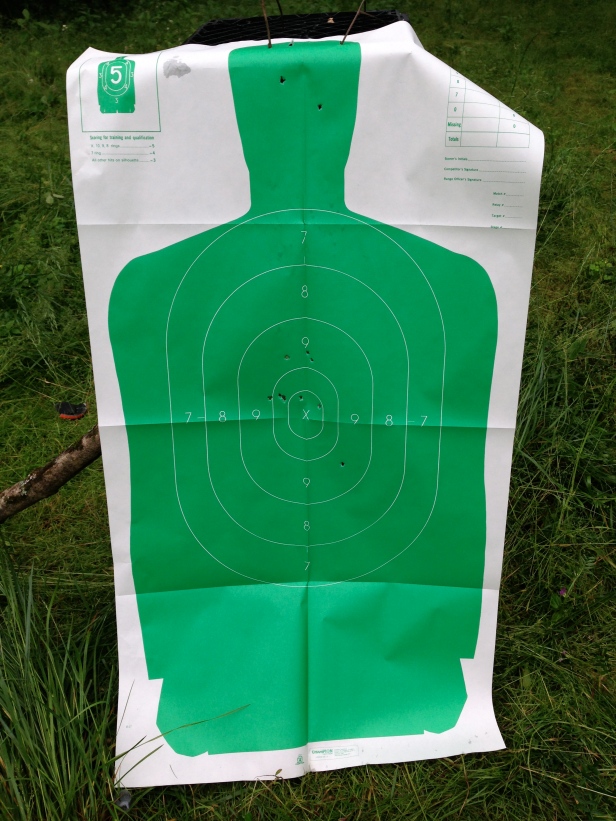 In conclusion, if we are ever stranded in the woods in a Hunger Games type situation, you better watch out.