This week I decided to expand my horizons in the world of sports and attend my first roller derby. I’ve heard about the Nashville Rollergirls for a while, but I’ve never had a chance to go see them. I spent most of the time confused about what was happening, even after reading the rules.

The teams each have 5 skaters on the track. The teams are made up of a Jammer, a Pivot, and 3 Blockers. The Jammer wears a star on her helmet and is the skater who scores the points. She does so by passing the other team’s blockers. The Pivot is a blocker who may become the Jammer, and score points, if the Jammer passes on her star. Finally, the Blockers try to stop the Jammer from passing and scoring points. 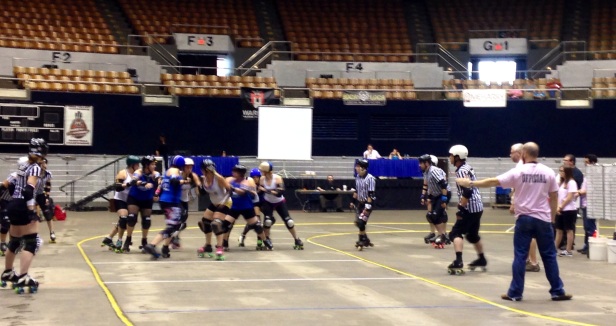 Really, it just looked like a lot of people running into each other. Each bout consists of a series of 2-minute “jams.” They start out with a lot of shoving until eventually a Jammer breaks free. In this instance, it was Toronto’s Jammer who constantly lapped Nashville’s blockers. There are actually some rules regarding blocking; a skater may block with her shoulders, hips, and rear (yes there was a lot of bootie bumping), but blocking with elbows, hitting in the back, and tripping are illegal. 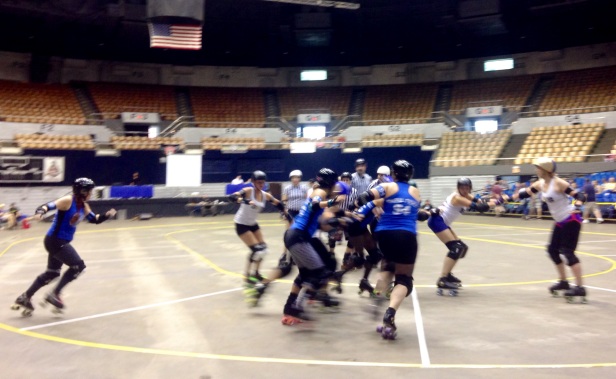 I asked my friend Will to come with me. He agreed, as long as I promised to photograph and post his “disappointment at watching women play sports” on the blog. Knowing Will’s sense of humor, and believing him to be a relatively normal human being, I assumed he was joking. Then it occurred to be that a few weeks prior we had to explain to him what Title IX was. The jury is out. However, Will actually loved the roller derby and got pretty invested in the game. In fact, I took another video, but couldn’t post it because of his enthusiastic and expletive laced cheering. So instead, here is a picture of Will lying on the floor pretending to be a cat. 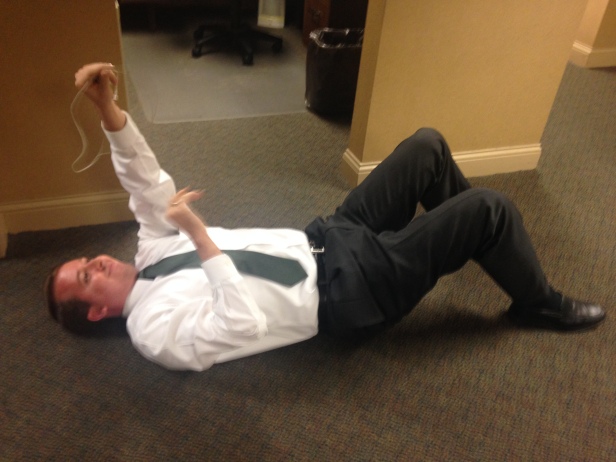