I have been a bit delinquent with my posting. The last few weeks have been filled with traveling and spending time back home in Virginia with my family, so I simply have not been able to find the time to write. I still have many adventures and stories to share about my time off from work!

One of my favorite snowy excursions during my time in Breckenridge was snowmobiling through the Swan River Valley and up to the Georgia Pass, which crosses the Continental Divide. In Colorado, the divide separates the the watersheds that flow into the Pacific and Atlantic Oceans. 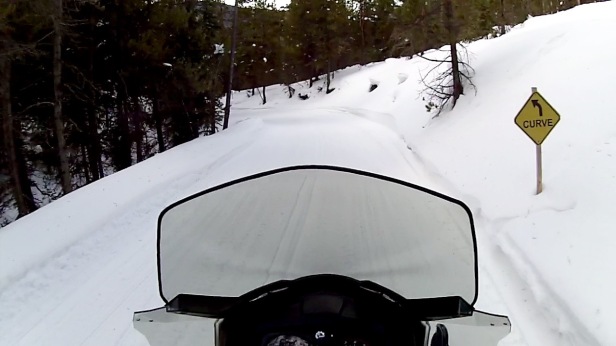 I booked a tour with Good Times Adventures, the same company that took me dog sledding. The season had just begun so we had brand new, two-week-old 2017 Ski-Doo Grand Touring 600 snowmobiles. They were sleek and sporty and, most importantly, came with heated handlebars and throttle.

I booked the first tour of the day so I could see the sun rise through the trees as we climbed 2,000 feet to the summit. At first, driving the snowmobile took a little getting used to. Every time I hit a bump or block of ice I was worried that I was going to go careening into the line of trees. However, after just a few minutes on the trail I was able to relax and enjoy the wintery landscape.

Our guide, Susie, took us though the winding snow-white paths which were dotted with pine trees and hills. Occasionally, we got to see a dog sled out for a morning run or some horses on their way for a visit with a vet.

As we neared the peak, the trail steepened and the trees cleared. 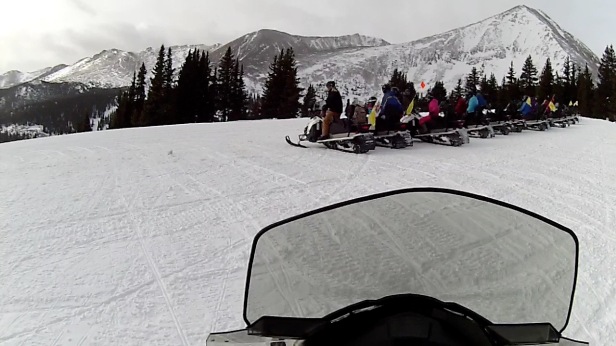 I was greeted with an awe-inspiring panoramic view of the Swan River Valley, Summit County and the White River National Forest.

I was also greeted with the coldest air I have ever felt in my life. While my long underwear and snow suit kept me nice and toasty in the valley and on the trail, the icy wind at the top cut through it like a knife through butter. I was only able to get a few pictures at the top before the battery in my phone froze and died. 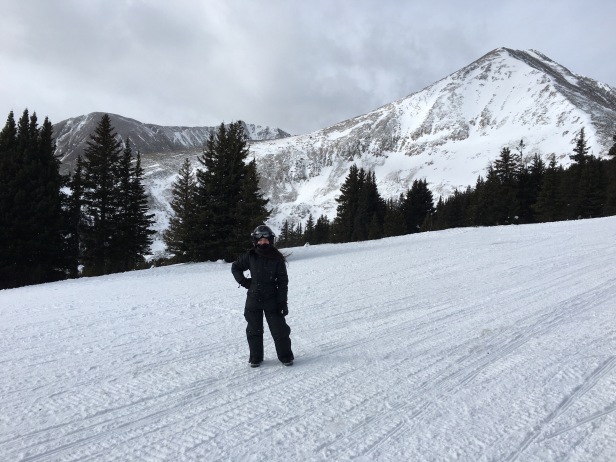 Other than the view, the most striking part of being at 11,585 feet is the absolute silence. All I could hear was the wind and my labored breathing from the thinned air.

Even though my phone battery died, my video goggles managed to capture the entire journey to and from the Continental Divide. I tried to trim the hour-long trip as much as I could, but the ride was just too beautiful to only make a 3-minute montage. Here are some of the extended highlights:

If you have a chance to visit the Rockies in winter, be sure to add snowmobiling to your itinerary. It is certainly worth the detour.

4 thoughts on “Snowmobiling to the Continental Divide”